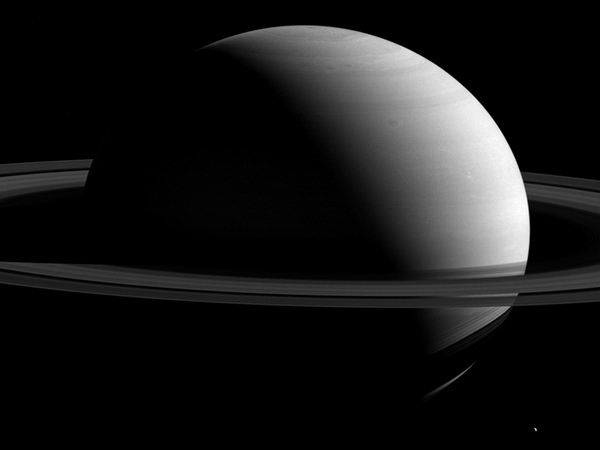 Above: Saturn captured by the Cassini spacecraft in March 2015, taken from a distance of 2.6 million km (1.6 million mi). Tethys can be seen bottom right (brightened to make it more visible) (Credit: NASA/JPL-Caltech/Space Science Institute). 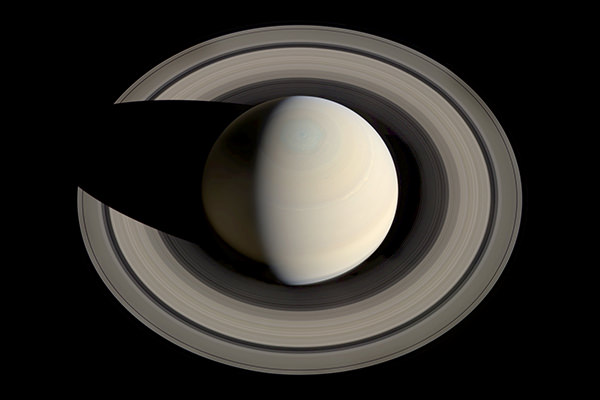 Above: Saturn and the ring system, seen from above, captured by the Cassini spacecraft (Credit: NASA/JPL/SSI/Gordan Ugarkovic).

96% – the amount of Saturn’s density made up from hydrogen (of the rest, 3% is helium with the remaining 1% a mix of other, heavier elements found at the core). 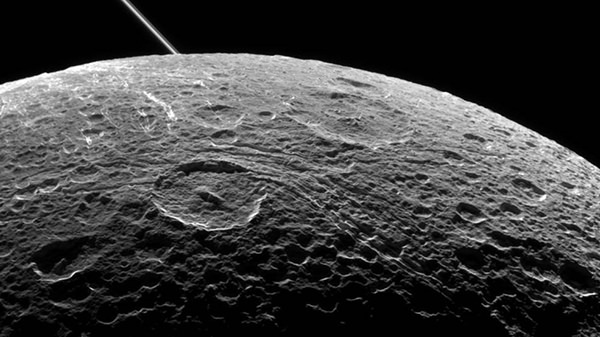 Above: Saturn’s moon Dione captured by the Cassini spacecraft in June 2015 (the diagonal line top left is the rings of Saturn seen in the distance) (Credit: NASA/JPL-Caltech/Space Science Institute).

Saturn’s core alone could have as much as 22 times the mass of planet Earth.

1,000 km – the approximate depth (620 mi) of the atmosphere surrounding Saturn, which is comprised mainly of hydrogen gas, wrapped in a high altitude layer of ammonia cloud (the cloud layer that gives the planet it is creamy hue).

1980 – the year in which Voyager 1, the first of two Voyager probes, bypassed Saturn (returning for a second bypass in 1981).

15 October 1997 – the date on which the latest explorer, the Cassini probe, was launched.

14 January 2005 – the date that the Huygens vehicle, launched from the Cassini probe, landed on the largest of Saturn’s moons, Titan. 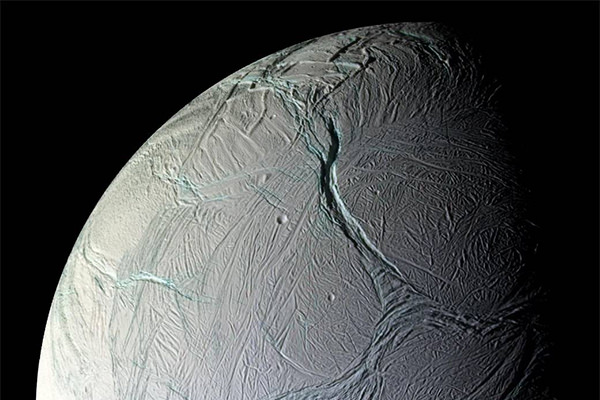 Above: A remarkable view of Saturn’s moon Enceladus, captured by the Cassini probe in 2008. It is a geologically active moon covered with fractures, ridges and folds created by tectonic plate activity (Credit: NASA/JPL/Space Science Institute).

62 – the number of known moons in orbit around Saturn, similar in number to neighbouring Jupiter. All but around 18 are very small, and before the Voyager 1 flypast in 1980 we knew of only 9 moons. 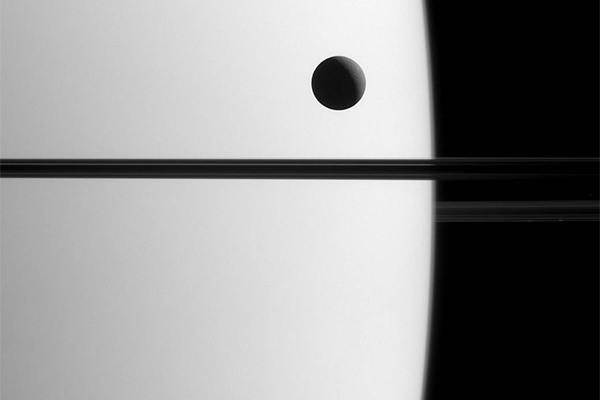 Above: Dione transiting Saturn, photographed by the Cassini spacecraft from a distance of approximately 2.3 million km (1.4 million mi), 21 May 2015 (Credit: NASA/JPL-Caltech/Space Science Institute).

3 – the number of bands in the main ring system; A and B (bright) and C – also known as the Crêpe ring – (semi transparent). These bands are formed of billions of ice fragments ranging from microscopic to blocks the size of houses. 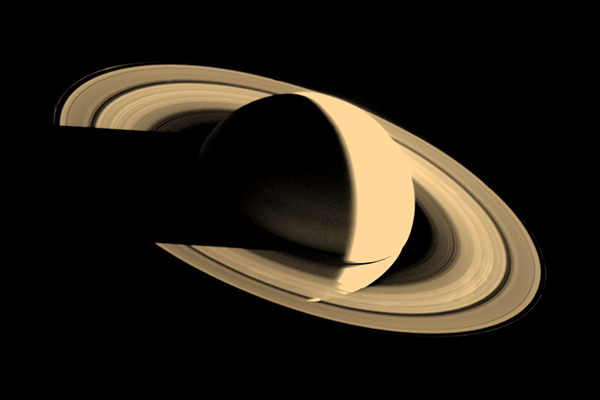 Above: Saturn captured by Voyager 1 in November 1988, taken from a distance of 5.3 million km (3.3 million mi), showing the 3 distinct bands of rings (Credit: NASA/JPL).

The origin of the icy material in Saturn’s rings is not known, the two main hypothesis being that they were formed when either a) an icy moon was shattered by the planet’s gravitational pull, or b) a satellite was smashed apart in collision with another satellite or object.

15 years – the approximate cycle at which Saturn’s rings appear edge-on to astronomical observers on Earth, at which point they almost disappear from view. The next time they will be edge-on is 2025.

9 – the number of distinct major rings so far identified by astronomers.

93% – the aproximate composition of the rings that ice represents, the rest is made up of rocks and dust. 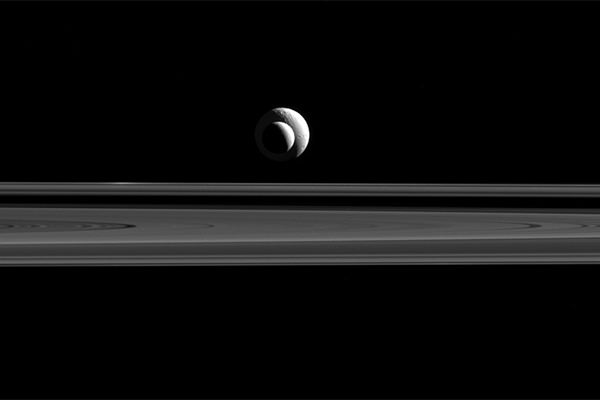 Above: Enceladus and Tethys align above Saturn’s rings in this image captured by Cassini in September 2015 (Credit: NASA/JPL-Caltech/Space Science Institute).

30 million billion tonnes – one estimate of the combined mass of Saturn’s rings.