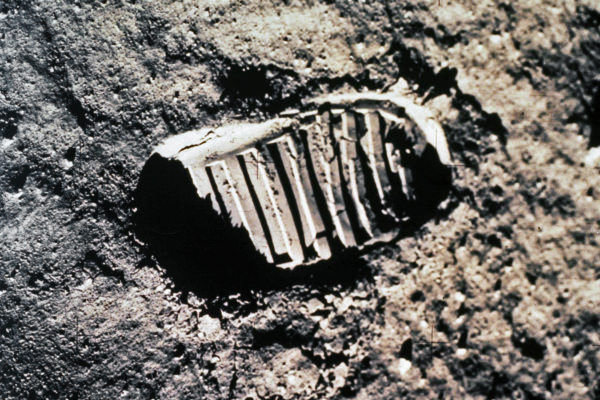 Above: Image of boot print on the surface of the Moon. Credit: NASA.

14 Sep 1959 – The date of the first Moon landing, by the unmanned Russian space probe Luna 2, the event that started the period of lunar exploration and the race to put a man on the Moon.

17 Nov 1970 – The date that the first robot lunar rover landed on the Moon, the Russian Lunokhod 1.

12 – The number of astronauts who have walked on the Moon.

65 – The total number of Moon landings (both manned and unmanned).