Above: Comparison of the size of the moon at it’s nearest and furthest points from Earth. 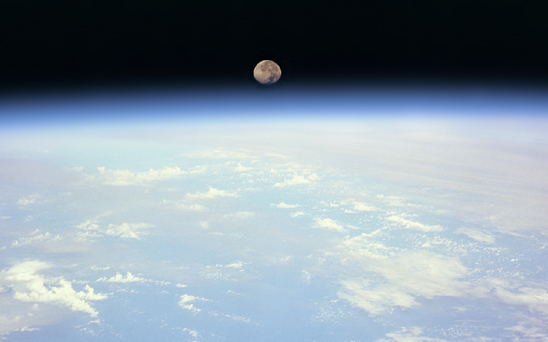 Above: Above: The Moon photographed from outside Earth’s atmosphere. Credit: NASA.

7,118,574,074 – The number of Jaffa cakes that would be required to reach the moon when laid edge to edge. This is based upon a Jaffa cake with a 54mm diameter.

9618 – The number of marathons that an athlete would have to run in order to cover the equivalent distance between the earth and the moon. Based upon the current world record, this would equate to an athlete running for over 20,037 hours.