Henge is the name used to describe any enclosure, commonly circular in shape, which has an outer bank and an inner ditch. Interestingly, whilst henges have their ditch located inside of the raised bank, Stonehenge is unusual in having the ditch outside of the bank. Technically, then, it is not really a henge. Regardless, the monument has had a few variations of it’s name in the past 1,000 years. Rad on to find out about them. 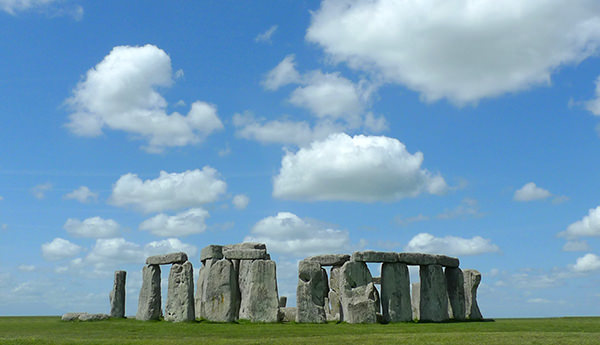 1130 AD – the earliest known mention of Stonehenge – ‘Stanenges’ – found in the archaeological study of Henry of Huntingdon.

1136 AD – the earliest known mention of Stonehenge spelt the way we know it today, in ‘History of the Kings of Britain’ by Geoffrey of Monmouth.

Read more about the history of Stonehenge and see a timeline of the monument.