In his 2012 book ‘Stonehenge’, Mike Parker Pearson, Professor of Archaeology at Sheffield University, outlines a new sequence for the history of Stonehenge: 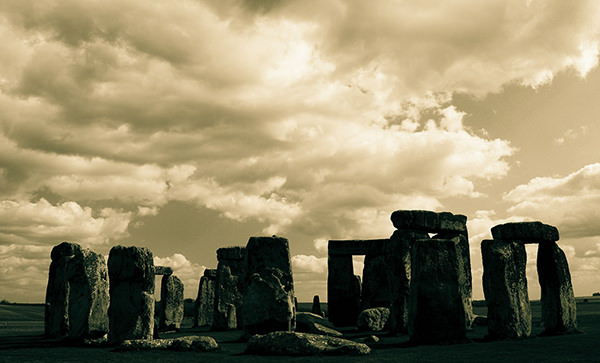 Above: View of the Stonehenge monument.

In 1720 the Astronomer Royal Edmond Halley (he of Halley’s Comet fame), used magnetic deviation along with the positioning of the rising sun to incorrectly estimate the age of Stonehenge as 460 BC.

See the timeline of Stonehenge and read the complete history of the site.