Stonehenge has continued to fascinate and intrigue people far after it fell out of use. Here are some fascinating facts concerning the people who came to investigate the site. 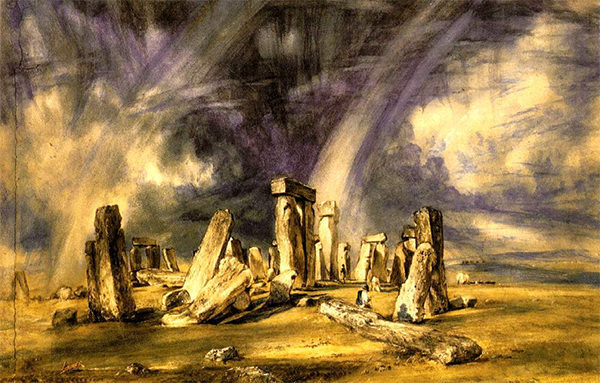 Above: A watercolour of Stonehenge from 1835 by John Constable.

400 years – the period over which people have been known to dig in and around the Stonehenge site.

1620 – the year in which the Duke of Buckingham authorised the digging of a hole at the centre of the monument.

1.5 metres – the estimated minimum depth of the hole, based upon an observation recorded in 1666, by John Aubrey, describing the hole as being the size of “two saw pits”. 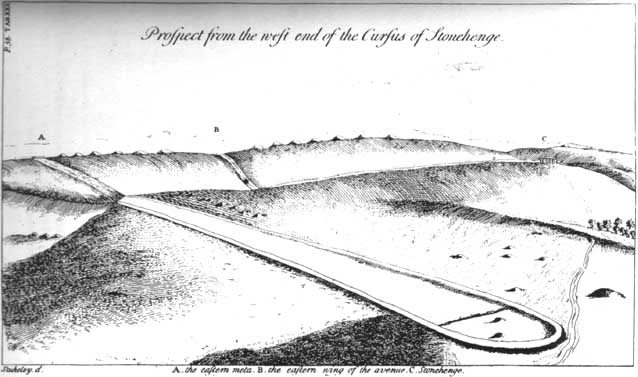 Above: Stonehenge Cursus recorded by William Stukely in 1740.

1719-1740 – the period over which William Stukely surveyed the monument. He noticed and recorded the existence of the Stonehenge Avenue and also identified that the Altar Stone lay on solid chalk.

1740 – the year that the earliest accurate drawn plan of Stonehenge was created.

1802 – the year in which William Carrington dug a pit at the centre of the monument, next to the Altar Stone, and near to Stukely’s earlier hole.

2 metres – the depth of Cunnington’s pit.

1803 – the year Cunnington commenced a dig next to the Slaughter Stone, which now lay flat on the ground. He established that it had originally stood upright.

1839 – the year Captain Beamish dug at the centre of the monument, around the front of the Altar Stone.

1874-1877 – the period over which Sir William Flinders Petrie, a well-known Egyptologist, surveyed the stones.

Petrie created the numbering system still used for the stones and stoneholes today. 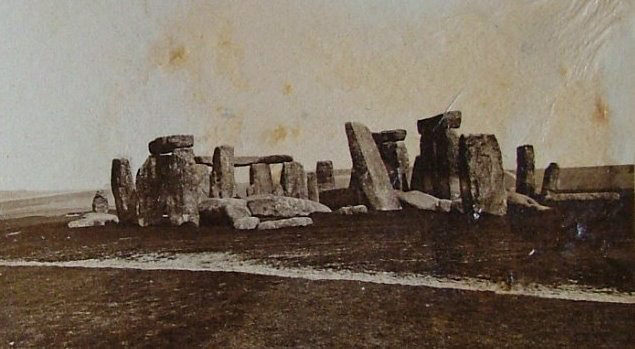 Above: Stonehenge photographed in 1877.

1877 – the year Charles Darwin visited the site and dug two small holes next to two fallen sarsen stones (one of them from the Great Trilithon). The holes were not for archaeological purposes but to investigate the behaviour of earthworms.

31 December 1900 – the date on which Stone 22, one of the stones of the sarsen stone circle, fell over, taking with it one of the lintels it had been supporting. This led to public pressure on the site’s owner Edmund Antrobus and the start of a major restoration project.

1901 – the year William Gowland, a mining engineer, dug around the base of the remaining upright from the Great Trilithon, in order to reset it to a vertical position (it had been leaning and at risk of falling over).

100 – the approximate number of artefacts Gowland retrieved from the dig, including sarsen hammerstones (used to shape the stones at the time Stonehenge was built) and hand-worked flints.

1906 – the year in which the first aerial photograph of Stonehenge, captured from a tethered balloon.

1918 – the year Stonehenge was given to the nation.

1919 – the year Lt-Col William Hawley commenced a period of extensive excavation. He investigated the holes of stones that were being restored to an upright position (the site was in a state of disrepair) and also of around half of the monument itself.

56 – the number of pits Hawley discovered inside of the earth circle bank, later named the Aubrey Holes.

32 – the number of these pits that Hawley dug into.

Although Hawley kept copious and detailed notes of what he found and where, he did not produce many of the plan drawings that are considered essential to archaeology today.

2 – the number of Aubrey Holes they initially dug into.

14 years – the period over which they excavated.

40+ – the number of trenches they eventually dug within Stonehenge and the Avenue.

1978 – the year Atkinson returned, this time to excavate the circular ditch.

Although Atkinson pioneered new, more disciplined approaches to archaeology, his notes from his years excavating Stonehenge are not very extensive at all, frustrating those who research the site today. Atkinson died in 1994, taking that information with him.

Read facts about Stonehenge in more recent times and about the history of the site.