The Aubrey Holes are a series of chalk pits that circle the inner bank of Stonehenge. They are named after John Aubrey, the seventeenth-century biographer and philosopher who first observed and noted them. The purpose of these pits is still a mystery, with a common theory being that they were used to support stones or posts. Later, they appear to have been used to bury cremated remains. 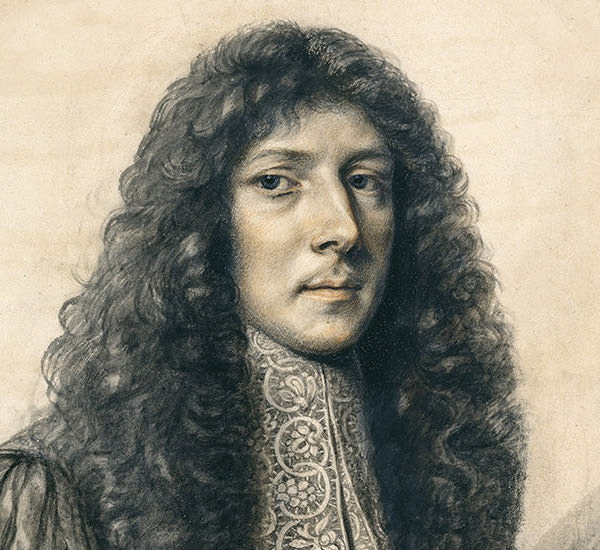 Above: Portrait of John Aubrey. Licensed under Public Domain via Wikimedia Commons.

56 – the number of chalk pits (the Aubrey Holes) that form a circle inside the earth bank.

5m – the distance inside of Stonehenge’s earth bank that the circle of pits was dug.

1666 – the year in which John Aubrey visited Stonehenge and observed a number of cavities in the ground.

5 – the number of cavities that Aubrey originally recorded. However, it is now believed that these were not actually the pits that would later bear his name.

The Aubrey Holes were so named by Robert Newall, assistant to Colonel William Hawley, who discovered the pits during excavations in 1920.

253 – the number of years over which Aubrey’s observations were overlooked, until excavations by the Hawley team in the 1920s.

271.6m – the circumference of the circle formed by the pits.

25 – the number of pits found to have cremation remains placed into their upper (later) fills.

64 – the approximate number of cremations that have been found in and around the holes, mainly men, but also some women and children.

The remains found at Stonehenge make it the oldest and the largest known prehistoric cremation cemetery in Britain.

1935 – the year the cremated remains from Hawley’s excavations were reburied, placed in an empty Aubrey Hole.

2008 – the year the cremated remains were re-excavated.

21 – the number of Aubrey Holes that remain unexcavated.

35 – the number of holes from which no reliable dating material has been recovered (the cremation remains found in the 25 were inserted much later).

Read more about the stones and find out what we know about who built Stonehenge.