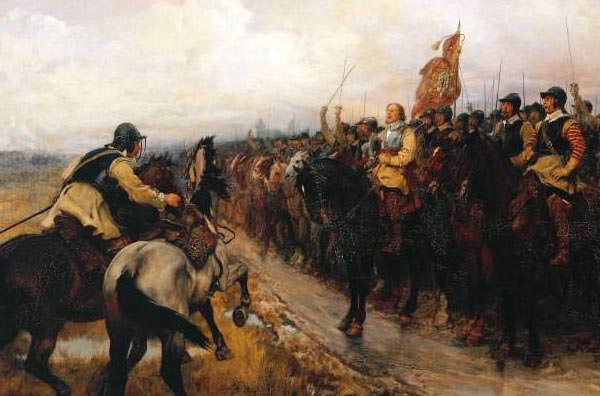 Above: Oliver Cromwell at the Battle of Dunbar, painted by Andrew Carrick Gow, 1886 (detail).

26 December 1647 – the date that the King signed the “Engagement”, a secretly-negotiated agreement under which the Scots army would invade England and restore Charles to the throne, in return for the establishment of Presbyterian church government.

3 years – the period of time that Presbyterianism would be established under the agreement.

March 1648 – the month that small and poorly planned uprisings started to occur in England and Wales, most of these being easily and quickly overcome.

April 1648 – the month that Parliamentarian troops in Wales, unpaid for some time, switched loyalties to the Royalist side, coming under the command of the Parliamentarian Governor of Pembroke Castle, Colonel John Poyer.

30 April 1648 – the date Cromwell headed to South Wales to quell the uprising at Pembroke. 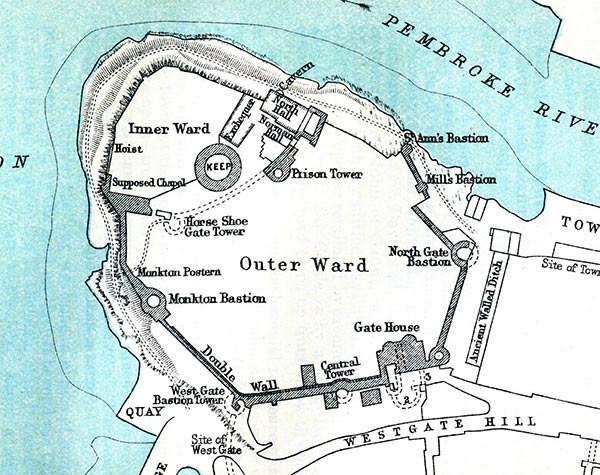 3 – the number of castle sides that faced out to sea.

1 – the number of walls accessible from land.

6.1 m – the width of the thickest walls (20 feet) on the landward side, whose defences were also reinforced by a deep ditch.

01 June 1648 – the date that a Royalist uprising in Kent was defeated by Sir Thomas Fairfax at the Battle of Maidstone.

The Battle of Preston

14 July 1648 – the date Cromwell left Pembroke in order to march north to tackle the Scots. Cromwell journeyed north via the Midlands for supplies and Yorkshire to meet reinforcements (Northern Association troops under John Lambert), before heading west into Lincolnshire. They fell behind the Scots army (the ‘Engagers’), who were advancing south toward London.

9,000 – the number of Engagers (Scottish royalist troops) that the Duke of Hamilton initially marched with.

10,000 – the number of troops that the Duke of Hamilton had amassed by the Battle of Preston.

3,600 – the number of troops made available by Sir Marmaduke Langdale.

13,600 – the estimated number of royalist troops at the Battle of Preston.

4,200 – the number of troops commanded by Cromwell.

3,000 – the number of Northern Association troops available to John Lambert (others had been sent to lay siege to Pontefract).

8,600 – having rendevouzed at Ripon, the estimated eventual size of the army under the command of Cromwell and Lambert.

16 miles – the distance that Hamilton’s cavalry had advanced southwards ahead of the rest of his troops, at the time Cromwell attacked from behind.

17 August 1648 – the date on which Cromwell and Lambert engaged wth the royalists, with fierce fighting with Langdale’s troops at Ribbleton Moor. The royalists were eventually overcome before Cromwell advanced in pursuit of on Hamilton’s infantry.

4,000 – the estimated number of arms captured by Cromwell.

4,000 – the possible number of prisoners taken.

18 August 1648 – the date of the Engager’s last stand at Winwick, near Warrington.

1,000 – the approximate number of Scots troops killed at Warrington.

2,000 – the approximate number of Scots taken prisoner at Warrington.

100 – the estimated number of Parliamentarian deaths.

September 1648 – the Long Parliament commenced negotiations with Charles I on the Treaty of Newport, which aimed to restore the king to the throne, albeit with limited authority.

06 December 1648 – the date on which the New Model Army (under orders from Fairfax and led by Colonel Thomas Pride), stormed Parliament in order to prevent the Treaty of Newport coming into being (this event became known as ‘Pride’s Purge’). 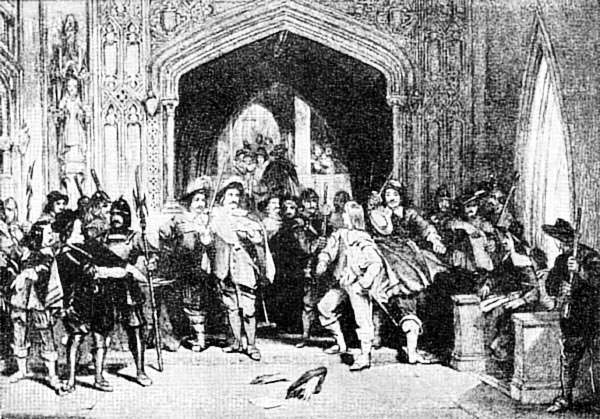 Above: A contemporary engraving from circa 1652 depicting Colonel Thomas Pride denying entry to Presbyterian members of the Long Parliament.

146 – the number of Presbyterian Members denied entry to the Commons.

75 – the number of Members allowed in to Parliament, forming the ‘Rump’ parliament.