Following his disinterment and posthumous execution for regicide, Cromwell’s severed head was displayed atop the same building within which Charles I had been sentenced to death over a decade earlier. Almost 30 years later it went missing, and so began a story of changing ownership that lasted all the way until the 1960s. 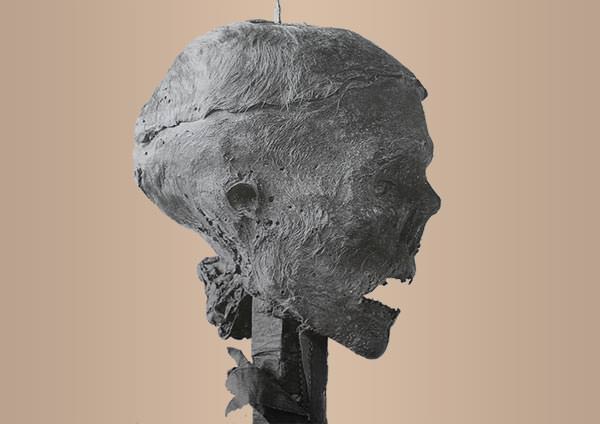 Above: The Wilkinson Cromwell head.

8 – the number of blows it took to chop off the head of Cromwell’s corpse.

1685 – the approximate year in which a storm led to the pole breaking and Cromwell’s head falling to the ground, whereupon it was taken away and hidden by a sentinel on duty.

28 years – the approximate duration that Cromwell’s head remained displayed above Westminster Hall, until storm broke the pole and sent the head falling to the ground.

1710 – the next point that the head appeared, exhibited in a private museum in London, owned by a Swiss-French collector named Claudius Du Puy.

1795 – the year in which James Cox, a goldsmith and clockmaker, secured the head from Samuel Russell in repayment for a debt.

£100 – the approximate value of Russell’s debt to Cox.

1799 – the year that Cox sold the head to the Hughes brothers.

3 – the number of Hughes brothers, who purchased the head intending to display it in an exhibition of Cromwell artefacts. The exhibition ultimately failed, due in part to the high entrance fee (see below).

2’6 – the cost of entry to the Hughes’ exhibition (2 shillings and sixpence). 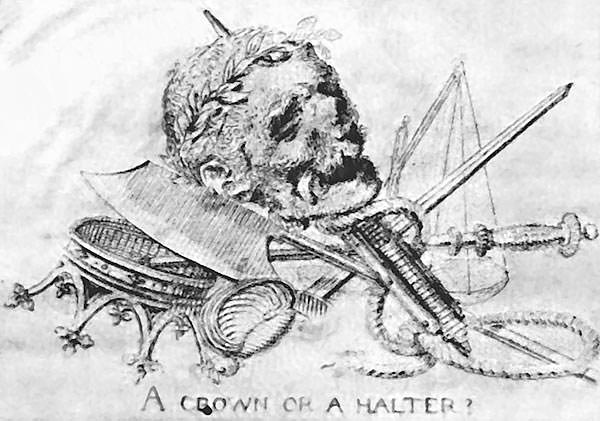 Above: Representation of Cromwell’s head on an advertisment for the Hughes brothers’ exhibition, 1799.

1815 – the year that a Hughes daughter sold the head to Josiah Henry Wilkinson, a Kent surgeon.

1934 – the year the current owner, Canon Horace Wilkinson, a descendent of Josiah Henry, allowed scientists to analyse the head.

1957 – the year Canon Horace Wilkinson bequeathed the semi-mummified skull to his son, also called Horace, who then offered it to Cromwell’s old college, Sidney Sussex, Cambridge for burial.

25 March 1960 – the date Cromwell’s head was interred at a secret location near the college antechapel.

299 – the number of years after Cromwell’s posthumous beheading that his head was reburied (299 years, 1 month, 26 days).

Cromwell’s head was buried in the same oak box within which it had been stored since 1815, with the box being placed in an airtight container.

October 1962 – the month that the secret burial of Cromwell’s head was made public.