After a period of illness, Cromwell died aged 59 in September 1658. He was buried in a vault at Westminster Abbey, where he lay in peace until Charles II, son of the executed Charles I, was returned to the throne. In the early part of 1661, Cromwell’s corpse was removed and hung, drawn and quartered in a posthumous execution for treason. Read on for the details. 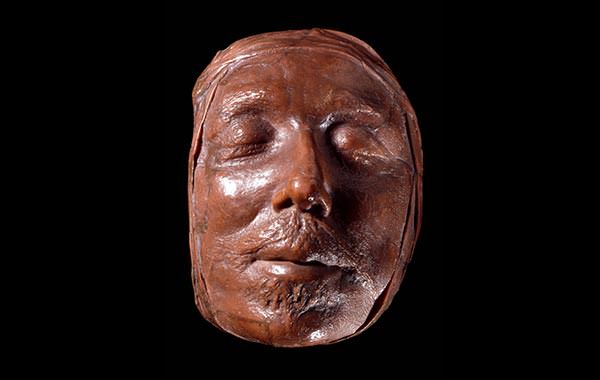 Above: Wax death mask of Oliver Cromwell © Trustees of the British Museum.

The Death of Oliver Cromwell

1649 – the year Cromwell first suffered the recurrent malaria-like fever that affected him at different times for the rest of his life, contracted whilst fighting in southern Ireland in the autumn.

The date of Cromwell’s death – 03 September – was seen by Cromwell as his ‘most auspicious day’, being the anniversary of his victories at the battles of Dunbar (1650) and Worcester (1651).

14 – the number of days over which Cromwell’s final illness lasted until his death (The Gazette, September 2-9, 1658).

Lord, though I am a miserable and wretched creature, I am in Covenant with Thee through grace. And I may, I will, come to Thee, for Thy People. Thou hast made me, though very unworthy, a mean instrument to do them some good, and Thee service; and many of them have set too high value upon me, though others wish and would be glad of my death. – from Cromwell’s last prayer, September 1658

59 – Cromwell’s age at death (he died a few months before his 60th birthday).

04 September 1658 – the date George Bate was summoned to embalm the body, a process that involved the corpse being embowelled, filled with spices, wrapped in a fourfold cerecloth (a waxed cloth), and then placed first into a lead coffin and then finally a wooden coffin.

20 September 1658 – the date Cromwell’s body was moved to Somerset House, London, to lie in state. Cromwell coffin was displayed alongside an effigy made of wood and wax.

18 October 1658 – the date Somerset House was opened to the public.

10 November 1658 – the date on which Cromwell’s body was quietly and privately buried at Westminster Abbey, 2 weeks before the date of Cromwell’s state funeral; an empty coffin was used for the procession (see Did You Know? below).

According to the account of George Bate, one of the physicians called upon to embalm Cromwell’s remains, his corpse was poorly embalmed and so unfit for public display, hence the earlier burial and the use of an empty coffin at the time of the state funeral.

2 – the number of times the state funeral was postponed.

2 months – the period between Cromwell’s death and his state funeral.