Little is known about the first 40 years of Oliver Cromwell’s life, a period spent in relative obscurity, living in the lower levels of the gentry, a period with modest successes, failures, and small ups and downs in his social standing. There is little historical record either captured at the time, or surviving today. 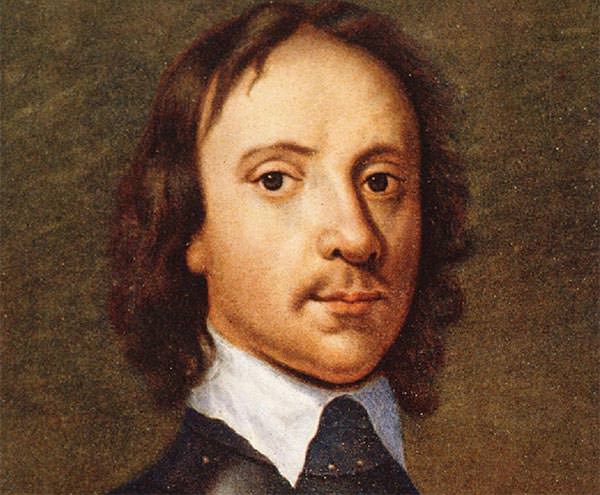 Above: Portrait of the young Oliver Cromwell.

25 April 1599 – Oliver Cromwell is born to Sir Robert Cromwell and Elizabeth (nee Steward), in a house on the high street of Huntingdon, Cambridgeshire.

29 April 1599 – Cromwell is baptised at the Church of St John in Huntingdon.

Above: Map showing the location of Huntingdon, Oliver Cromwell’s birthplace.

10 – the number of children born to Robert and Elizabeth (their first two sons died in childhood, making Oliver the eldest son and heir).

Cromwell’s forebears had ben major landowners in Huntingdonshire, one of the 10 richest familes locally, and one of East Anglia’s 100 richest. His paternal grandfather Sir Henry, and great uncle Sir Oliver, had both been knighted. But by the time Oliver Cromwell was born the family fortune was waning, with land and property being sold off.

1610 – the year Cromwell started school at Huntingdon Grammar School (now the Cromwell Museum), a free school attached to the hospital of St John.

11 – the age at which Cromwell started at Huntingdon Grammar School.

The master of Huntingdon Grammar School was Dr Thomas Beard, a friend of the Cromwell family and a Puritan of great religious zeal, a man who believed the Catholic Pope to be an Antichrist.

17 – the age at which Cromwell started at Sidney Sussex College.

05 June 1617 – Cromwell’s father Robert, in poor health, records his last will and testament, noting “by course of nature I cannot continue long in this world”.

18 – Oliver Cromwell’s age at the time his father died.

June 1617 – Cromwell ends his degree studies at Cambridge and returns to Huntingdon to support his mother and sisters. 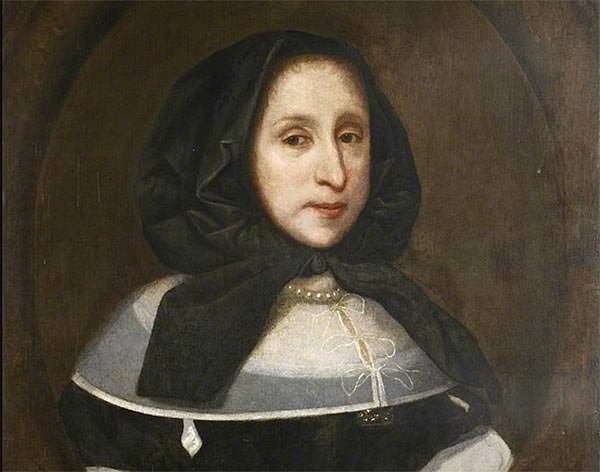 Above: Portrait of Elizabeth, mother of Oliver Cromwell, painted 1640–1655 by Robert Walker (detail).

7 – the number of unmarried sisters still living at the family home.

21 – the age at which Cromwell married.

23 – the age at which Elizabeth Bourchier married.

In his marriage settlement, Cromwell is recorded as ‘Oliver Cromwell alias Williams’. This is because his great-grandfather was actually born Richard Williams, the son of Morgan Williams from Glamorgan, a landowner who married Katherine Cromwell, sister of Thomas Cromwell. During the reign of Henry VIII, Richard achieved such success through the support of Thomas Cromwell (his maternal uncle) that he subsequently changed his surname to Cromwell. So in other circumstances Cromwell would actually have been born Oliver Williams.

1628 – the year Cromwell became Member of Parliament for Huntingdon.

1630 – following political clashes amongst the townsmen of Huntingdon, Cromwell found himself on the losing side and losing his influence in the town, falling victim of a new royal charter excluding opponents from power.

1630 – after vigorous protests, Cromwell was summoned before the sovereign’s Privy Council and subsequently – but only briefly – imprisoned.

May 1631 – Cromwell sells almost all of his property in and around Huntingdon, retaining only a small plot of land, and moves to nearby St Ives.

5 miles – the approximate distance between Huntingdon and St Ives (8 km).

Cromwell lived as a tenant farmer in St Ives, renting his property and making his living from the land. This shift from property owner (and Member of Parliament) to tenant farmer represents a marked decline in Cromwell’s fortunes.

Jan 1636 – the month Cromwell’s maternal uncle, Sir Thomas Stewart of Ely, died. As principal beneficiary of the will, Cromwell began to see a recovery in his fortunes.

1636 – the year Cromwell and family moved to Ely, Cambridgeshire, where he had inherited a number of leases on property and businesses.

1 – the number of homes from Cromwell’s early years that still stand (the timber-framed house off St Mary’s Street in Ely). 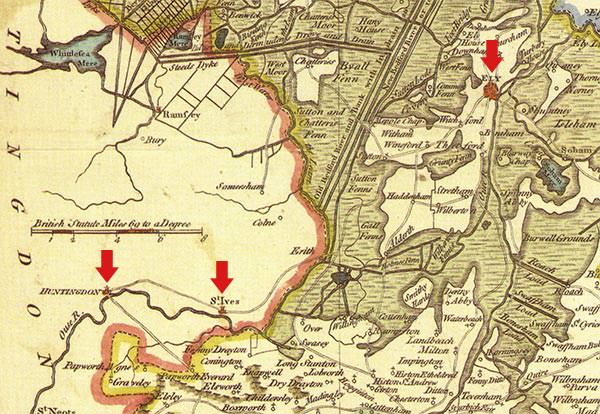 Above: Detail of a map dated 1648 showing the locations of (L-R) Huntingdon, St Ives and Ely.

7 – the number of children they conceived whilst living in Huntingdon.

0 – the number of children they conceived whilst living in St Ives.

2 – the number of children they conceived whilst living in Ely.

October 1638 – Cromwell, in a letter to Mrs St John, describes his religious conversion – at some point preceding this letter – from “the chief of sinners” who “hated godliness” and “lived in and loved darkness” into a man rescued by God. This conversion led Cromwell to believe he had been picked by God as a chosen servant, destined for a special purpose, one yet to be revealed.

11 – the number of years England was without a parliament, after Charles I had introduced a period of Personal Rule (1629 – 1640).

1640 – after Personal Rule collapses, Cromwell became Member of Parliament for Cambridge, first in the Short Parliament and later, the Long Parliament.

500 – the approximate number of MPs at the time, most of whom had wealth and social standing greater than Cromwell.

November 1640 – Charles I creates the Long Parliament, attempting to raise funds for a war against Scotland.