The inferno rendered around 80% of the population of the City homeless. Here we provide key facts about some of the people involved in the Great Fire of London. Click the links below to jump straight to the people listed.

Thomas Farriner was the owner of the bakery on Pudding Lane where the fire started. He was ‘Conduct of the King’s Bakehouse’, contracted to produce ships biscuit for the navy, who were then fighting the Anglo-Dutch war.

Pudding Lane is said to have got its name from the medieval word for entrails and organs (“puddings”), which would fall from the butchers’ carts as they were being pulled from Eastcheap to the waste barges on the River Thames.

5 – the number of fireplaces in Thomas Farriner’s home.

1 – the number of ovens in the bakery.

7,000 lb – the weight of ships biscuit being sent from the naval yards each week, including that produced by Thomas Farriner.

20 January 1668 – the date that work on rebuilding the house and bakery on Pudding Lane commenced; Thomas and Hannah moved back in during the summer.

Thomas Farriner was in the crowd at Robert Hubert’s execution.

4 – the number of years after the fire that Thomas died.

£400 – the amount Thomas bequeathed to each of his daughters, to be paid in £100 installments over 4 years. Barring a few small bequests, the rest of his estate was left to his son, Thomas.

Samuel Pepys was a naval official and also a prolific diarist. He stayed in and around the City throughout the disaster and his diaries provide us with the most complete account of the tragedy. 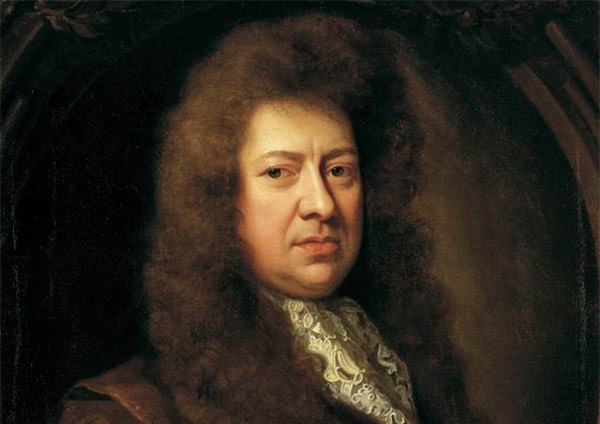 Above: Portrait of Samuel Pepys by Sir Godfrey Kneller, 1689 (image via Wikimedia Commons).

3:00 a.m. – the time that Pepys was first woken by a maid on the Sunday morning, to tell him of the fire. Seeing the flames were at the lower end of the neighbouring street, Pepys back to bed.

1/4 mile – the distance between Pudding Lane and Pepys home on Seething Lane.

31 May 1669 – the date of the last diary entry, Pepys having to give up writing his journal due to failing eyesight. In his final entry he expressed an intention to dictate his diary so others could write it for him, but he never did this.

Pepys, whose diary offers us some of the most detailed information about the fire, wrote most entries in a form of shorthand called Tachygraphy, a code which was not translated until over 150 years later, when the Reverend John Smith spent 3 years transcribing the diaries into plain English (from 1819 to 1822).

54 – the number of blank pages left in the last journal. 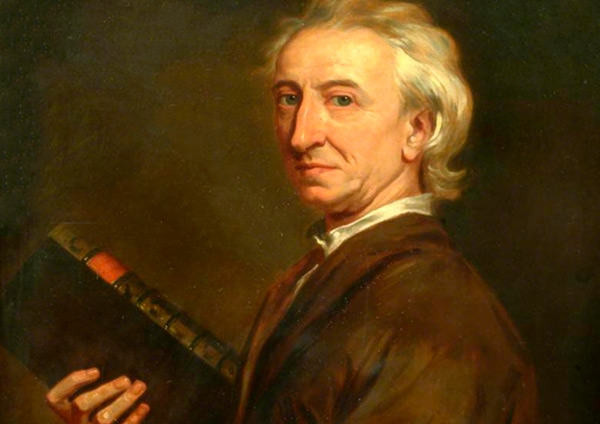 Above: Detail from a portrait of John Evelyn by Sir Godfrey Kneller, 1689 (image via Wikimedia Commons).

4 miles – the distance (6 km) that Evelyn lived from the city, in Deptford. 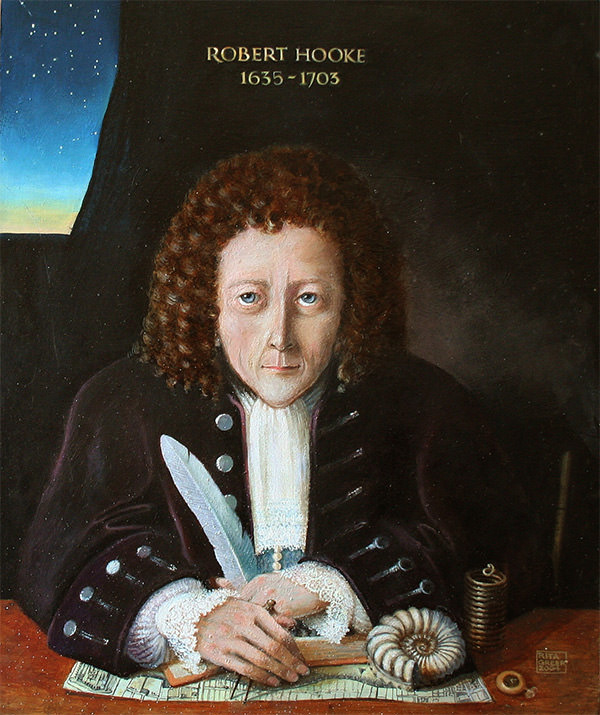 Above: A modern artist impression of Robert Hooke, painted by Rita Greer, 2004 (image via Wikimedia Commons).

Hooke was once described as the ‘English Leonardo’ and was a scientist of great intellect. Among his many legacies is the original observation that plants have a cellular structure – in fact he coined the term ‘cell’ as it relates to biology. 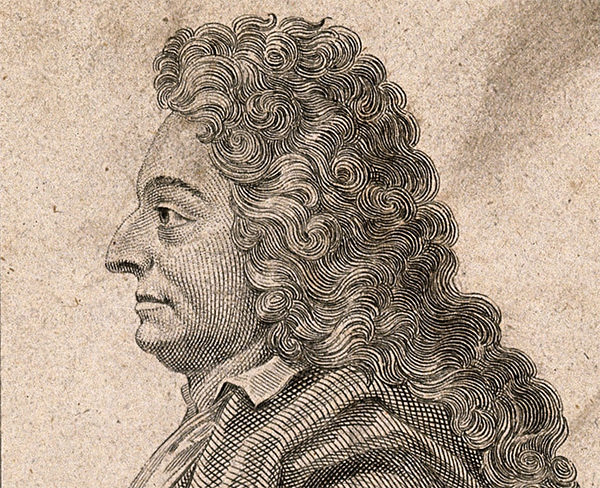 Above: Detail from an engraving of Sir Christopher Wren, by A. W. Warren, date unknown (file from Wellcome Images by Wellcome Trust, a global charitable foundation based in the United Kingdom).

1673 – the year Wren was honoured for his work rebuilding London, receiving a knighthood and becoming Sir Christopher Wren.

Scarce ever met in one man, in so great a perfection, such a mechanical hand; and so philosophical a mind. – Robert Hooke, describing Wren.

Charles was king of England at the time. He had been unpopular amongst many Londoners but his close involvement during the Great Fire helped his reputation in many quarters. 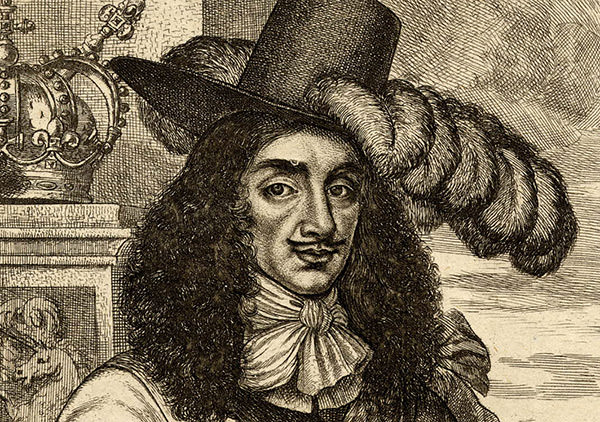 1660 – the year Charles II came to the throne, following the end of the civil wars and the Cromwell government.

King John Charles II commanded little respect prior to the Great Fire, considered debauched and a drunkard. During and immediately after the fire, however, he showed leadership and kingship, working to limit the damage from the fires and then to ensure the homeless were fed. Some believe he was possibly motivated by a desire to save his own palace and for fear of an uprising.

Bludworth was Lord Mayor of London at the time of the fire. His involvement in the disaster came under much criticism, due to his dithering, cowardice and lack of leadership.

Bludworth appears to have left the city by Monday, as no accounts of the firefighting efforts thereafter make mention of him.

3 – having suddenly left, the number of days before Bludworth was again seen on the streets of the City.

1 month – the time after the Great Fire that Bludworth’s spell as Lord Mayor of London came to an end.

An ancient law of the city declared that if a man destroyed another’s house he would be responsible for the cost of rebuilding it. Bludworth may have been waiting for authority from the king, so as to relinquish himself of this responsibility.